Given its unique concept, it's not that surprising that not many people have had the chance to experience a friends with benefits situation. After all, most friendships are built on the fact there is nothing sexual between the two people, otherwise things can start to get complex pretty fast. 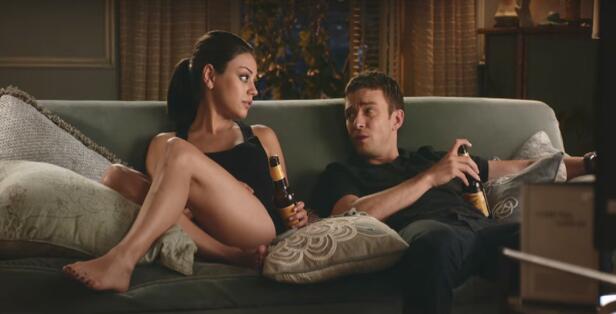 Friends with Benefits is Something Most Guys Would Love to Try

Let's get the obvious out of the way - most guys would love to try a friends with benefits arrangement. Guys, especially when they are younger, like to have a lot casual sex and the idea of finding someone that would love to have sex without all the attachment sounds like a great deal.

So, if you ask most single guys what their views on friends with benefits are and most will say it's awesome and they would love to try it.

Not Many Guys Have Tried It Though…

Now, we've stated the obvious that most guys would love a friends with benefits with someone they know. Most have female friends and if you ask them honestly, they'd probably be down for having casual sex with them.

However, the big issue with guys positive views on friends with benefits if that most have never tried it. Yeah, the idea of having casual sex with a friend sounds awesome but that's because these guys don't know what to expect - just lots of no strings sex surely?

Well, many end up becoming too attached. While not many guys will openly admit it, they are certainly prone to getting attached to someone they're having sex with, espiecally when it happens frequently with a good friend, which is what most friends with benefits relationships are.

So yes, guys would love a friends with benefits but once they start, they might get more attached and involved than they thought - this leads many to change their views on it, only after the fact of course.

Not All Guys are Into It!

Some will know first-hand that they probably won't be able to remain unattached so avoid it at all costs. Others simply don't have interest in sleeping with a friend and risk ruining a friendship. This may shock some but not all guys want to have sex with their female friends!

Many guys also understand that friends with benefits is a risky situation. Why ruin a good friendship over some casual sex that you could probably find elsewhere? What if the friend gets attached and their friendship gets ruined? What if they just aren't attracted to their friend?