Many relationships start out as a casual situation. Whether hooking up at a bar, going for a few dates, or just having some casual fun, a lot of people in serious relationships started out very casual before progressing into something more meaningful.

But what if things stay casual for longer than you anticipated? Are you really in a relationship that's headed somewhere, or is this going to remain a casual encounter and nothing more? Many guys out there aren't looking for a serious relationship, with many preferring to stick with casual encounters, often with the view of it being a friends with benefits situation.

So, how exactly can you tell where the relationship stands? There are a few signs that you can look for that indicates he only wants to be friends with benefits: 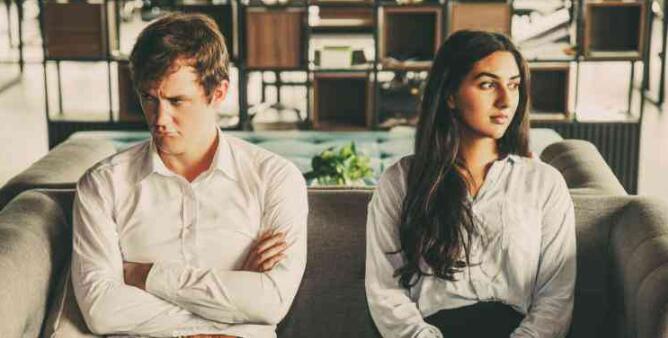 He Won't Define the Relationship

You Don't Hang Out Outside

Couples go out and do things together, whether it's going to see a movie, grabbing a bite to eat, or just taking a stroll in the park. If all your encounters together happen at your or his place, then this is a good sign he thinks you are just friends with benefits.

While sitting around the house with a bit of Netflix and chill, eating takeout, and having fun in the bedroom may seem like a great time, it's certainly not a sign of a relationship evolving into something more significant.

All Your Encounters Involve Sex

This is a big sign he thinks you are a just a friend with benefits - you don't ever meet up unless sex is involved. When he doesn't really want to do much beyond having sex, then it's more than like it's a friends with benefits situation in his eyes.

Think of it this way - do you ever have plans beyond last minute boot calls and hook ups? If not, it's likely that you're in a friends with benefits situation and unlikely to move beyond it.

He Puts Little Effort in

Does he ever call or text just to check up on you? Do you initiate most of the contact between each other? His he only ever calling at the end of a night out when he wants a booty call? These show signs that he's putting very little effort into your relationship, probably because he doesn't view it as anything serious or substantial.

When a guy thinks a relationship is serious, he's putting an effort in. He'll chat with you all the time, tell you he's thinking of you, send you flowers or buy spontaneous gifts - all things that shows he cares about you.

You Don't Know Many of His Friends or Family

While many couples like to wait some time before introducing each other to the family, friends are a different thing. If you aren't sharing the same social circles - or any social situations for that matter - then this is a good sign that things aren't more than a friends with benefits relationship.

If a guy likes you and wants something serious, he's not going to try and hide you from all his friends. He'll want to introduce you to them and drop hints about meeting the family eventually, so if you aren't getting any indication that this is happening then be aware things may not be as serious as you'd hoped.

When you're just the person that he's sleeping with, he won't want you to meet his friends or family.